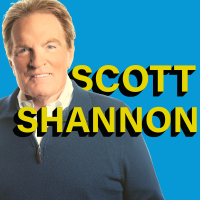 One of the most enduring and well-respected voices in radio today belongs to Scott Shannon. An acknowledged authority on music from early rock 'n' roll to today's hits, Scott can be heard every weekday morning on the legendary New York radio station, WCBS-FM 101.1. The Shannon in the Morning show is filled with music, entertainment news, and celebrity interviews. Scott is also the voice of the Sean Hannity Radio Show, which can be heard on more than 500 stations nationwide.

Scott Shannon's passion for radio has led him down a path with stops in Memphis, Nashville, Atlanta, Washington D.C., Los Angeles, and Tampa Bay, where he created the revolutionary Morning Zoo show format at Q105 (WRBQ). In 1983, Scott brought his show to the #1 radio market, New York City, where he launched WHTZ Radio, better known as Z100. As Program Director and Host of the Z Morning Zoo, Scott took Z100 from the bottom of the radio heap all the way to #1 in the Arbitron ratings (worst to first) in a historic 74 days! Scott also co-hosted the Scott & Todd in the Morning show on 95.5 WPLJ (New York) for an impressive 23 years (1991-2014).

Recognized amongst his peers numerous times throughout his career, Scott has received several honors and industry awards. He received the prestigious Marconi Radio Award from the National Association of Broadcasters for Syndicated Personality of the Year in 2010. He has been named Billboard Magazine's Air Personality of the Year five times and Billboard Magazine's Program Director of the Year six times. Scott has also been inducted into the NAB Broadcasting Hall of Fame in Washington, D.C., the National Radio Hall of Fame in Chicago, the Tennessee Radio Hall of Fame in Nashville, the New York State Broadcaster's Hall of Fame, and you can find him in the Rock & Roll Hall of Fame in Cleveland. In 2000, Radio & Records magazine named Scott Shannon, Program Director of the Century. 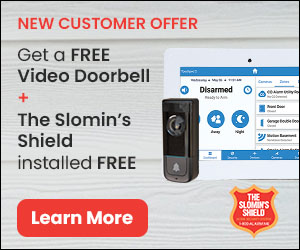